LEGOLAND Florida has taken great care to preserve the soul of the park – the historic gardens established on the grounds of its Cypress Gardens predecessor more than 75 years ago. 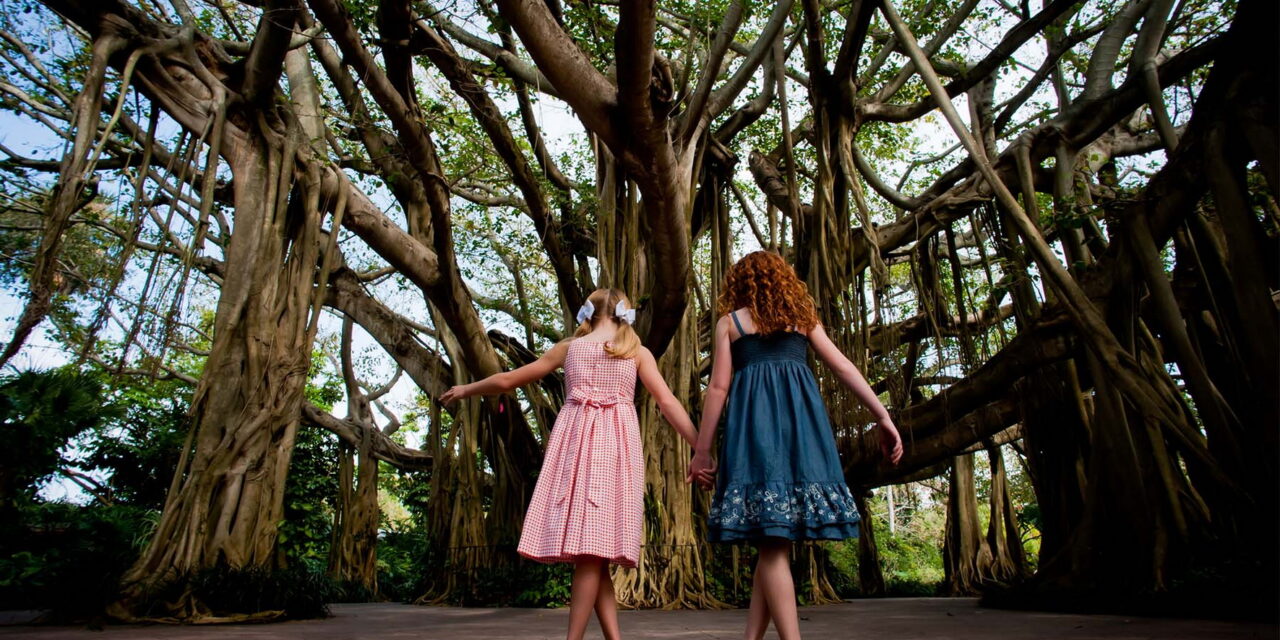 The beautiful and historic botanical gardens have been restored to pristine condition, and the collection of native plants, including azaleas and camellias, have been reclaimed and combined with a range of exotic species to create a horticultural masterpiece. Still standing sentinel in the garden is the vast Banyan tree that was planted as a seedling in 1939.

The botanical gardens were one of the original Cypress Gardens’ distinctive attractions, and LEGOLAND Florida has kept a large portion of them as an additional “area.” They’ve repaired the bridges and cleaned up the canals and gardens in the hopes of attracting more visitors with treasure hunts or even LEGO figurines.

The Botanical Gardens was the name of LEGOLAND Florida when it first opened, however it has since been renamed to Cypress Gardens.

The fate of the iconic Southern Belles was first unknown, but they have since been replaced by LEGO versions of the belles.

Many exotic plants, as well as native species including azaleas and camellias, may be found in the gardens. A large Banyan tree (native to India) that was planted as a seedling in 1939 is one of the landmarks.

History of the Botanical Gardens

The Botanical Gardens is where Cypress Gardens got its start. The original founders, Dick and Julie Pope, designed Cypress Gardens, which initially opened on January 2, 1936, as a beautifully landscaped botanical park. It included a mix of native and exotic species totaling over 8,000.

The gardens stretch all the way down to the shores of Lake Eloise, which are surrounded with cypress trees. A man-made canal runs through the gardens, and you could take an electric boat trip through the grounds along the canal in the past.

The trees and bushes have matured over time, and the garden is now a well-established landscape with a burst of color from the numerous flower formal beds.

Polk County owns the gardens, which are on the National Register of Historic Places in the United States. 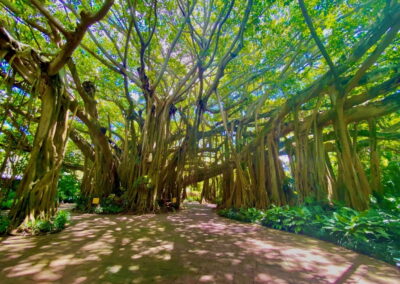 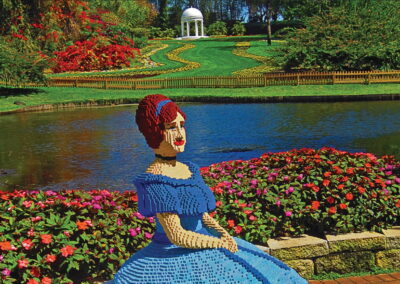 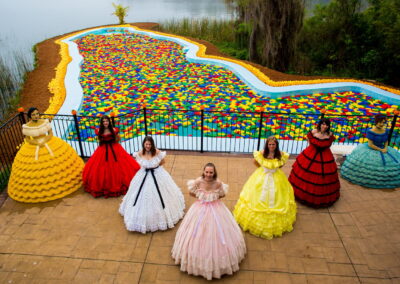 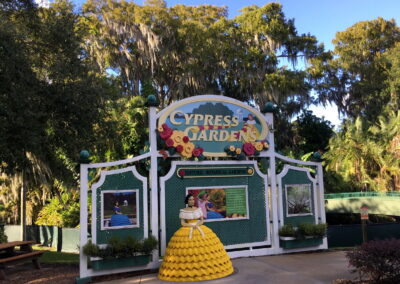 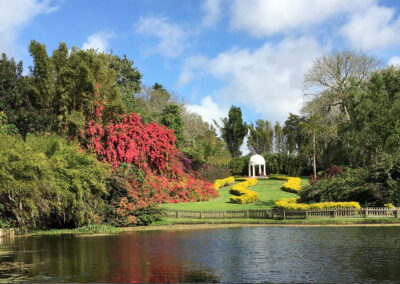 The Popes retired in the early 1980s and handed over Cypress Gardens to their son, Dick Pope Jr. In 1985, he decided to sell it to a book publisher who owned SeaWorld parks, which started a chain of sales, resells, revampings, and bankruptcies that ultimately resulted in the park’s closure in 2009.

The land was purchased by British-based Merlin Entertainments, the world’s second-largest theme-park operator, in 2010 and converted into LEGOLAND Florida, which I found to be clean, well-maintained, especially appealing to the under-12 age group, and far less crowded and more affordable than the Disney parks.

If you ever feel the need to get away from the hustle and bustle of modern life, you should pay a visit to the historic Cypress Gardens. They say that a trip to Florida isn’t complete unless you visit this truly natural paradise. 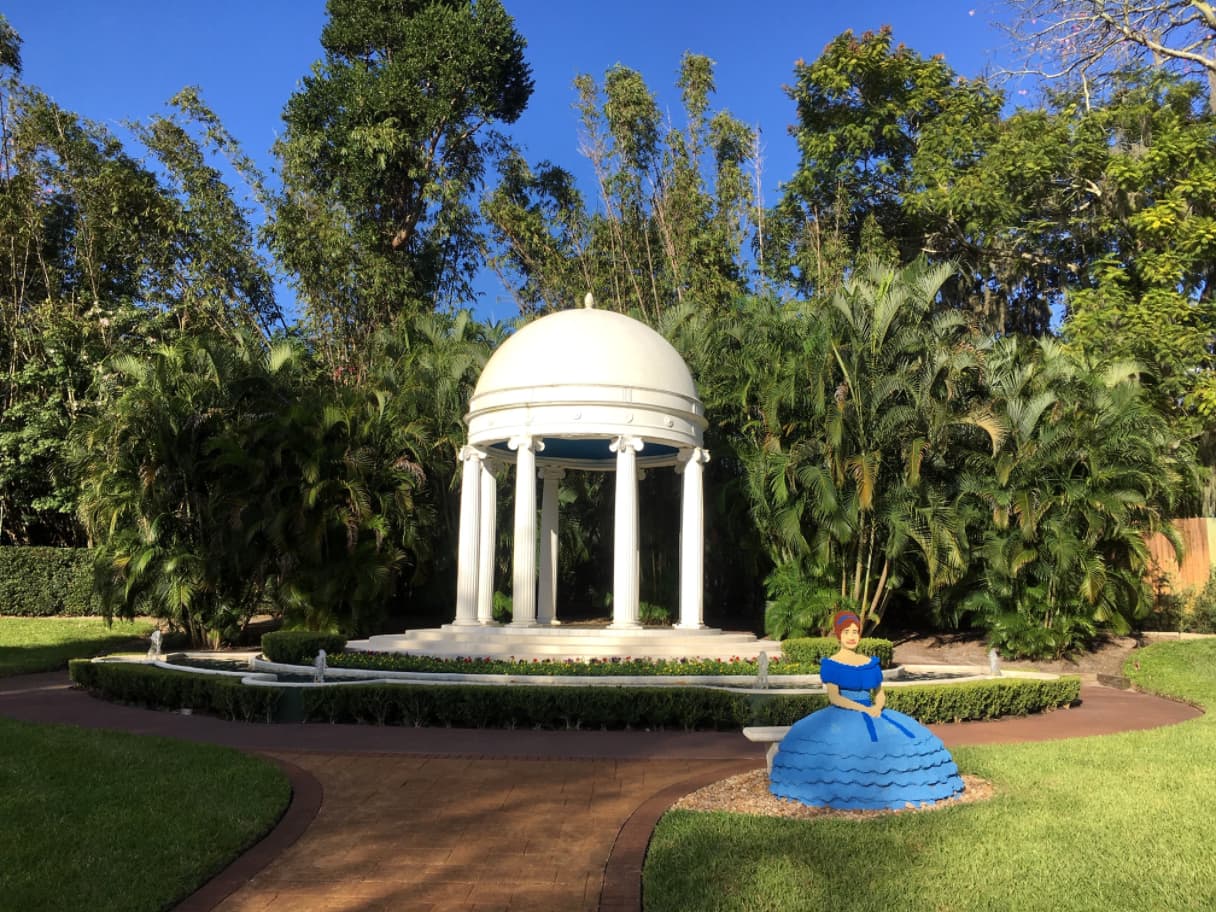